How to set up automated integration tests in a Vue application 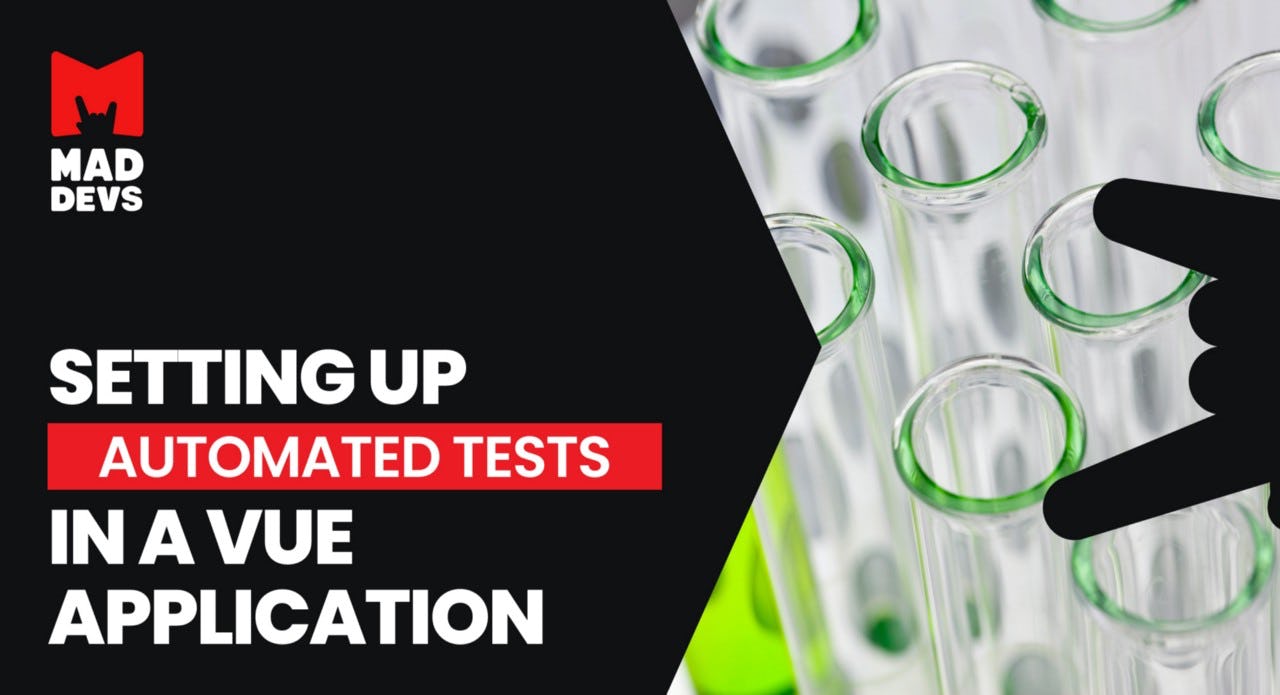 The quality of a product always depends on how alert the developer is. The better this skill is, the fewer bugs and unsatisfied customers there will be.

I, for one, sometimes have problems with this. But fortunately, there is a solution, and this solution is called autotests. Automated testing allows you to arrange continuous checks of the product’s quality and rids you of this task.

Today, I will tell you how to set up automated tests in a Vue project. You’ll be able to test entire pages and individual components, mock server requests, and run it all in Docker.

Let’s imagine that we have a Vue project that has been under development for a thousand years and the only tests it has are unit tests. That is, functional ones that feature out-of-the-box, ill-considered settings.

First, we will open the documentation of the Cypress framework. We will use it to write integration tests. It’s pretty well-developed and has a lot of features, plugins, and other supporting things.

Be sure to read the documentation to understand what it is and how it works.

Open the console at the project root and insert the command below:

After successfully installing the packages, let’s add the main settings file cypress.json. You need to create it in the project root and insert the code below:

A few words about what these parameters mean

In the settings, you can already see a list of files and folders you need to create.
In Vue, the folder for tests is located in the project root and is usually called tests. It should already have a unit folder, next to which we will create another one for our tests.
Let’s call this new folder e2e. In it, we will add some more files and folders. The final result should look like this:

To save you the hassle, I prepared a repo with the project already set up. So you can copy everything from there and not bother https://github.com/denisoed/setup-cypress-vue.

Next, in the package.json file, in the scripts block, add the command to run the tests

We have completed the basic steps; now, we can start.

If everything was done correctly, the browser will open with a list of our tests.

And the console will show this result

It can be called a victory, but we shouldn’t relax; we’re not done yet.

How to Test a Web Product Manually

This article can come in handy for project managers, who continuously accept features, for developers and QA specialists, who want to go over their work and check if every feature is working as planned initially by covering specific auto-tests use cases.

Setting up a server to mock API requests

As a mock server, we will use the JSON server library. It’s based on Express.js, so you shouldn’t have any problems setting it up or extending it.

While you’re at it, add a command to run in package.json, so you can update the command to run tests. Now, the server will start first, and then cypress will launch.

Next, add a new folder in the tests folder for our server. Let’s call it server.

Let’s repeat the process that we did with the files and folders for the tests — just copy them from the ready-made project https://github.com/denisoed/setup-cypress-vue.

I will now briefly tell you how to mock API requests.
Suppose your application requests a list of users from the backend.
For example, the URL is https://backend.com/users

First of all, go to the server.js file and turn to the block below

In it, you can see that if you request something using the /users URL, it will return the data from the users variable. I think it’s clear. If your application makes requests for some more URLs, just copy the block above and change it as needed.
I have prepared the data in advance, too; you can find them in the data folder. They look like this

We’ve changed the URL and prepared the data. This is enough to mock the API. This way, we can mock all requests by describing different cases in tests.

Let’s summarize.
When your application makes a request to the backend, our mock server will intercept it and return the data we need. Simple as that!

“But how will it intercept requests?” you may ask. There’s nothing complicated about that either.
Usually, projects create an .env file that is to store variables. That’s where they store the link to the API backend server. If you change this link, your application will rely on it. That’s what we will do.

You need to create an .env file in the project root or replace a variable in it if the file already exists. From https://backend.com to http://localhost:8888

http://localhost:8888 is the address of our mock server. You can change the port in the config.js file if this one is already taken.

Let’s try to start the server by running the command

If there are no errors, we will see this result

The mock server for tests has been successfully established.

And to finish this part of the article, I would like to repeat the basic idea.
When we test our application, all requests that were previously routed to the real API server will be intercepted by our mock server. And we won’t have to worry about the backend not working, or no Internet, or anything else.
Your tests will be independent — and that’s very important.

All you need to do is install Docker and Docker Compose.

Let’s start copying the necessary files. Following the same pattern, we will take them from a ready-made project https://github.com/denisoed/setup-cypress-vue.
We need three files: cy-open.yml, docker-compose.e2e.yml, Dockerfile.e2e
They should be placed in the project root.

On startup, you may get an error like this

To solve it, run this command in the console

The result should be

The launch should be successful after this

Everything I wrote above is just a setup, preparation for a project. Next, you will spend hours searching for information on how to write tests correctly, mock data, mock plugins, etc. There’s so much out there, it’s crazy.

But what’s still the most important thing in achieving any goal? Of course, it’s continuous progress. Now, you have a manual at your fingertips on where to start to not only stabilize the project but also improve your professional skills.

Software architecture 101 - introduction to the world...

Software architecture 101 - introduction to the world of application design